What’s the difference between a carbon pen and a Rollerball pen? 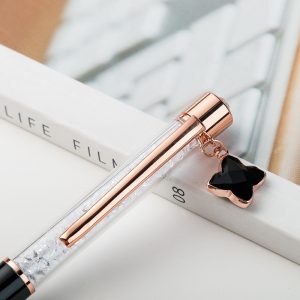 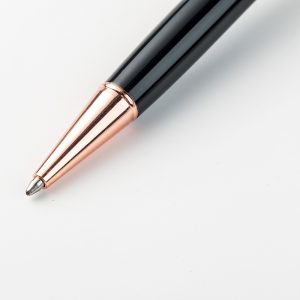 The difference between black carbon pen and black neutral pen:

Carbon pen, ink in the pen core is mainly composed of graphite, graphite is one of the most stable substances in nature. Its biggest feature is that writing with a carbon pen will not become blurred because of the long storage time. For example, some data need to be preserved for a long time, and the handwriting should be clearly visible. Carbon pens are more effective than ordinary ink and ballpoint pens because of the stability of graphite. But writing is not as smooth as a neutral pen.

The neutral pen is also called gel pen, ballpoint pen, ball-point pen or ball-point pen. It is an upgrade of ballpoint pen. The neutral pen contains an organic solvent. Its viscosity is lower than that of oily ink and thicker than that of water-based ink. Therefore, it is called a neutral pen. When writing, the ink passes through the tip of the pen, it changes from semi-solid solvent to liquid ink. The greatest advantage of neutral pen ink is that each drop of ink is used on the tip of the pen, it will not volatilize and leak, so it can provide a silky sense of smooth writing, smooth and stable ink flow. At present, the field of neutral pen is very wide. For example, the watercolor pen and color ink which we use everyday in the market belong to the category of neutral pen. These neutral pens are suitable for painting, cards, decoration and other occasions, which can make our writing and painting more exciting and creative. In a word, they have their own advantages and can be chosen reasonably according to their own needs.

Carbon pen, is a popular term for black neutral pen, because the neutral pen has other colors, so some people use the so-called carbon pen to distinguish. That is to say, carbon pen is a neutral pen.

As for oil-based pens, the scope is relatively large. Ball pen ink is oily and can be counted as one of them. The ink of the neutral pen is a neutral colloid, which can be turned into liquid instead of oil paint of the ballpoint pen, so it is also called a fountain pen.

Neutral pen is a kind of pen which uses the principle of balls. The pistil is filled with water-based or gelatinous ink, which is quite different from the ballpoint pen with oil-based ink. The characteristic of neutral pen is that the ink is less sticky, easy to adhere to paper, and has better writing quality.

Carbon pen is oily pen, signature pen is water-based pen, neutral pen is between the two. Carbon pen can be used for marking college entrance examination papers. Writing errors can be crossed out with a pen.