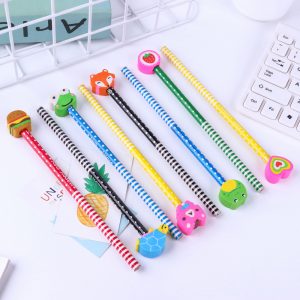 The larger the number in front of H, the harder the lead and the lighter the color. The larger the number in front of B, the softer the lead and the darker the color. The classification of the pencil rod is based on the amount of graphite in the refill. Among them, class H pencils have relatively high hardness. They are suitable for objects with relatively hard or clear interfaces, such as woodworking scribing, field drawing, etc.; HB pencil refills are moderately hard, suitable for general writing, or playing Contours; Class B pencils, relatively soft refills, suitable for painting, and can also be used to fill some machine-recognizable cards. For example, we often use 2B pencils to fill in the answer sheet. In addition, there are also colored pencils, which are often used as color pencils, mainly for painting.