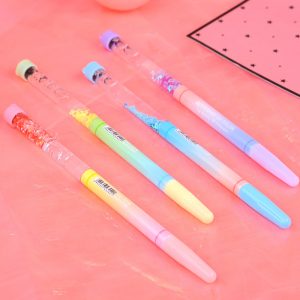 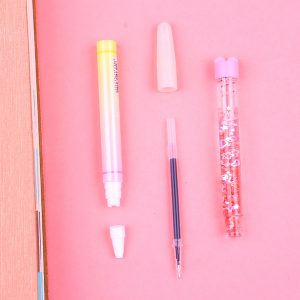 Ball pens can be divided into two categories:

It is commonly called ballpoint pen. The balls used are mostly made of stainless steel or cemented carbide. The size of ball diameter determines the size of handwriting lines. Common ball diameters are 1 mm, 0.7 mm and 0.5 mm (the body or core of the product is often marked). The ink of ballpoint pen is specially made, which is mainly composed of colors, solvents and tackifiers. Common colors are blue, black and red. Common ink is mostly used for general writing, and special ink is mostly used for file writing. Ink for file writing is usually marked on the core, such as DA on the domestic core.

Also known as jewelry pen or walking pen. The pen holder and pen cover of jewelry pen are plastic injection moulded, the pen cover is made of stainless steel stamping and grinding, and the pen holder and pen cover are made of stainless steel, which is called all-steel jewelry pen. Full plastic moulding is basically a one-time use, that is, the ink is used up and scrapped; semi-steel and all-steel moulds mostly adopt replaceable pen-core structure. The head of the jewelry pen can be divided into two types: shell type and needle-tube type, which are made of copper alloy, stainless steel or engineering plastics respectively. Balls are mostly made of stainless steel, cemented carbide or alumina, with a diameter of 0.7 mm and a diameter of 0.5 mm. There are two types of water storage: fiber bundle water storage and non-fiber bundle water storage. The colours of the ink are red, blue, black and green. Jewelry pen has the characteristics of both pen and oil ballpoint pen. It has smooth writing lubrication and even lines. It is an ideal writing tool.